It was 1995. The year that the 49’ers won the Super Bowl. Claudia Shiffer was the best babe on the block, the quote “Houston we have a problem” was born, and teenagers around the globe were listening to Alanis Morisette’s Jagged Little Pill (I definitely was).

Drew Barrymore danced on a table for David Letterman, the George Forman grill was released, Match.com started, and Coolio’s “Gangsta’s Paradise” was a number one hit.

It was Valentine’s Day, and I was spending the evening with the “love of my life who I’m totally sure we’re going to get married.”

Highschool freshman, John Howe (swoooooooooon). I remember he gave me a “Be Mine” necklace, and flowers and I thought I was the happiest girl in the world.

Until I remembered that my dad was on his death bed.

8 months prior he had gotten into a bicycle accident. Ironically, by riding his broken bicycle to the bike shop to get it fixed. He lived on one of the steepest hills in town, and the breaks went out at the top of the hill. With no way to stop or slow down, he crashed into a wall at the end of the hill.

Leaving his entire body broken. For 8 months he was a vegetable. Unable to walk, eat, talk, move. He had to have this weird little suction thing for his mouth so he didn’t choke on his mucous every day.

This was heavy stuff for a 15 year old daddy’s girl to have to witness.

“I’m fighting the reaper” he always used to say. And dinner conversations included things like “when I die…I’ll just be pushing up daisies.” I never really understood that meant until 1995.

It meant he’d be gone. Leaving no spirit behind. Just a body in the ground that flowers could grow on top of.

He feared old age and never thought he’d make it that far. Case in point.

And yet…even in his hospital bed, I never truly believed he would leave. I never actually thought that was going to be my life and my story. I knew in my heart he would get better. That he was just sick right now but it would be temporary. He’s a doctor after all, and they know a thing or two about healing.

So you can imagine the shock one morning while in the shower when my mom burst through the door and said, “you need to go over to your dads right now.”

It was the tone in her voice. This wasn’t going to get better.

I was staring my hope, my denial, my intentions straight in the face and I was about to lose. All the positive thinking in the world wasn’t going to stop what was just about to happen.

In what might have been the longest and most bizarre drive of my life, up the hill to my dad’s house where he decided to be in his last days, I was totally out of my head. It was surreal. Not happening.

Somehow the sun was still shining and the sky was still blue. The birds were still chirping. And I was about to face the hardest thing any of us have to face. At age 15. I had only months prior gotten my period. And met my first love. And entered high school. And became a cheerleader. This isn’t how the story is supposed to go.

And so I walked in the house. My mom not allowed to come with me because it would make my dad’s new wife uncomfortable (oh boo hoo). And down the long hallway that seemed to go on forever until it ended at mine and my sister’s bedroom.

That’s where he chose to breath his last breath. Among our white twin-sized brass childhood beds. And floral comforters. Sea foam green carpet and the big willow swaying outside the window in the Santa Ana breeze that I used to lay in my bed and stare at for hours..

The room was now crowded with a hospital bed smack dab in the center of the room. And people. All just looking at him. Some crying. Some curled up in a corner (Grandma). Some totally paralyzed (me). Some playing Enya trying to create the “death mood” (his wife). Some I’ve never even met (some rabbi since apparently he was to die an orthodox Jew…news to us).

And in such an awkward moment, we were all supposed to “say goodbye.” One by one. In front of everyone, with ENYA playing in the background.

My dad and I had always had a special bond. Saturday afternoons were spent together detailing his convertible, and then taking a drive top down to the ice cream parlor. We had a special day together (August 18, 1991) where every year we’d celebrate our special relationship.

So it wasn’t totally surprising to me that he picked me to be the one holding his hand when he let out his last breath.

His hand went from warm to cool right after I said goodbye. His eyes still closed, but the room was different. He was different. Just a body now. A heap of skin and bones.

And to this day it’s still so bizarre. Half of who made me is just a pile of dust and bones in a box somewhere in the hills of California. All that’s left is a headstone and some fading memories.

I’ve spent most of these 19 years since his death either forgetting about the whole thing, or mad and upset at how it has affected me.

“How dare you leave ME.”

“Why would you do this to ME.”

“This is so unfair. Did you not love me enough to stay?”

And for the first time ever, today, I imagined him as a spirit and as an energy. As more than a heap of bones that is just pushing up daisies. I imagined that he’s there, unable to communicate with me, with me just hating on the situation and being mad.

I know that this is my life. And somehow it was supposed to happen so I could learn something. But even knowing that it’s weird.

Sometimes I look out the window to the Bridger mountains and imagine that he’d come visit me here and want to climb to the top. Or he’d want to go on a long backpacking trip and I’d be all annoyed at how long it was going to take (just like the time I sat down on the dirt at a trailhead in Mammoth, refusing to get up and walk).

I wonder if he’d be proud of me. Or if I’d be different if he were around. If I would have chosen a different career path. Or if he would have encouraged my adventurous, Wildheart spirit.

I mean he is the guy, after all, who wore a “Why Be Normal?” t-shirt on a regular basis. Short shorts and tall socks and 70’s Nike running shoes and a printed bowtie to work every day.

Today I’m searching for the parts of me that are also the parts of him. The silly, fun loving, entertaining, free-spirit with a knack for telling a good joke and making people feel comfortable.

I’m remembering how he used to drink Miller Lite out of a fancy glass but eat sardines out of the can. And the man who lived every day full out like it would be his last. Because he probably believed it would be.

He’s the original Wildheart. And today my Wildheart wants to connect with his. With the spirit of my dad Mark, I’m sending you all love from the top of my mountain.

And from here I want share with you five things I wish I would have known back then that would have probably made my life a lot easier now:

The daisies sure look nice from up here,

P.s. Has someone closed to you passed away? What emotions did/do you feel? How did you handle them? Leave a comment below. 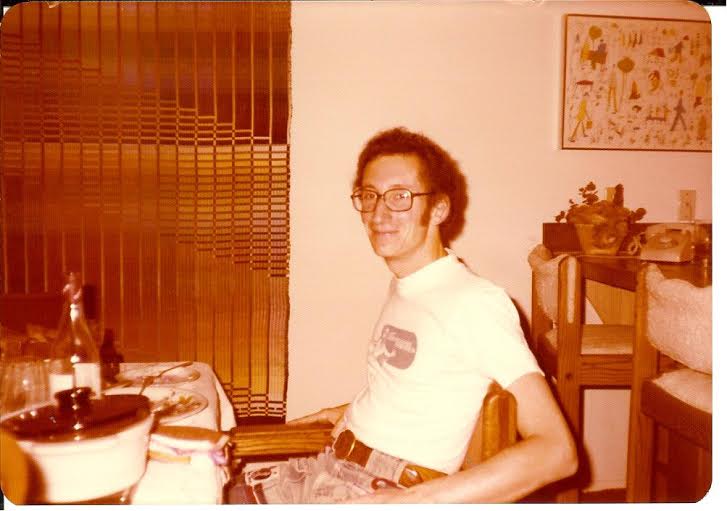 Filed Under: wildheart
← Worst Valentine’s Day Ever
8 Easy Ways To Earn Six Figures In Your Business Within One Year →

15 Responses to Dear Dad, Thanks For Dying. Love, Sally